Cornish Christmas Traditions
I was so excited when many of the authors of the Haunting of Castle Keyvnor decided to go Back to the Castle for Christmas!  We had a lot of fun intertwining our stories and I loved exploring Cornwall as a setting.  I’m a big lover of Regency Christmas stories and Christmas traditions, too, so combining them all sounded just up my alley!

Christmas carols are a favorite and in fact, many of today’s favorites originated in Cornwall.  Christmas plays are a staple, as are the decoration of churches and villages. 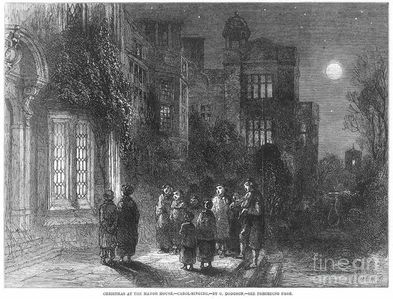 In my Christmas story, Lord Locryn and the Pixie’s Kiss, I explored several updated customs that date back to the pagan ceremonies related to winter solstice.  I found them so interesting and discovered that they went well with the idea of the nature based Pixies that I developed for my first story in the Haunting anthologies-Lady Tamsyn and the Pixie’s Curse.

Steady readers of Regency themed Christmas stories have probably come across the custom of a kissing bough.  A Cornish Christmas Bunch is a similar creation. They were made with two circles of withy, one inserted through the center of the other to create a three dimensional circle.  They were decorated with holly, ivy, apples, candles—and mistletoe. Originally hung on December 20th and meant to welcome the Lord of Light, they were associated with mistletoe kisses, dancing and romping.

Readers might also be aware of the English Yule Log tradition.  In Cornwall, a large log of ash is brought in and named the ‘mock.’  Only in Cornwall do they ‘Chalk the Mock.’ Someone was chosen to draw a figure on the log in chalk.  He was said to represent the death of the old year and the birth of the new, or sometimes meant as a representation of Father Time.  Adults toasted the mock, stories were told and the Yule log was burnt, with some of the embers saved to be used in the next year’s mock. 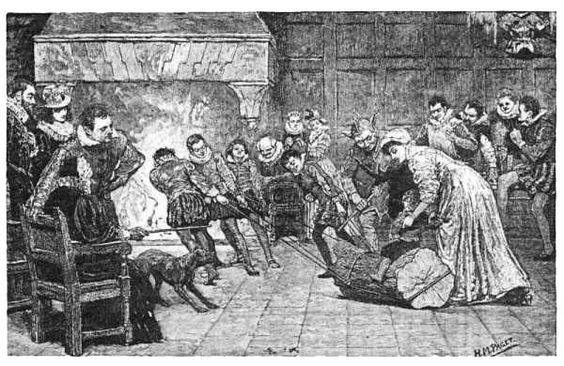 Another custom I incorporated was Guise Dancing. In this tradition, people dress in costumes and elaborate masks.  The costumes might be tattered remnants of formal clothes or suits with long ribbons or tatters attached.  The masks are beautiful and often shaped like animals or faces are blackened, painted and worn with crowns of flowers and vines.  The disguised roam the villages and towns, performing traditional music, plays and dances.
​
I had a lot of fun working with the wealth of rich, Cornish festivities.  As Lady Gwyn tells Lord Locryn—it’s the differences that make life interesting. I hope you will all enjoy the results!